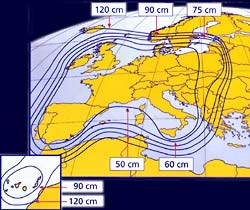 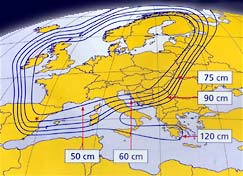 Monday 5th June 2006, and RTI have their EPG number on Sky Satellite, meaning a further 8 million people or so can tune in at the simple click of a button. It's Channel number 0195.

Got Sky ? Then check it out.

The 24/7 Internet Broadcasts still remain of course, together with the AM and FM frequencies throughout Central Europe. All tuning details are on their website, at www.rti.fm.

The Album Zone programmes via RTI, are on, as you probably know, on both Wednesday and Saturday nights.

All our programme schedules will be published on this Blog too, and the playlists, and details of where our other programmes are aired, for instance, Radio Seagull and Radio Waddenzee (Netherlands).

Well done RTI !, and particularly to Eric Wiltsher, who made all of this possible, and insisted he wanted firstly the Johnny Reece Show, and then more Album Zone too, on RTI.